Today’s reading from the Psalms reminds us that our God, while merciful, is also a God of justice. With each refrain, “Taste and see the goodness of the Lord,” (Psalm 34), we also read of the God who is “close to the brokenhearted,” who saves “those who are crushed in spirit.” This is just as true for believers in the United States as it is in Rwanda.

The medicine of the Great Physician, the call to forgiveness and mercy, has a bitter taste at first. And yet, in time the sweetness emerges in peace, in reconciliation, even in joy. — HHS 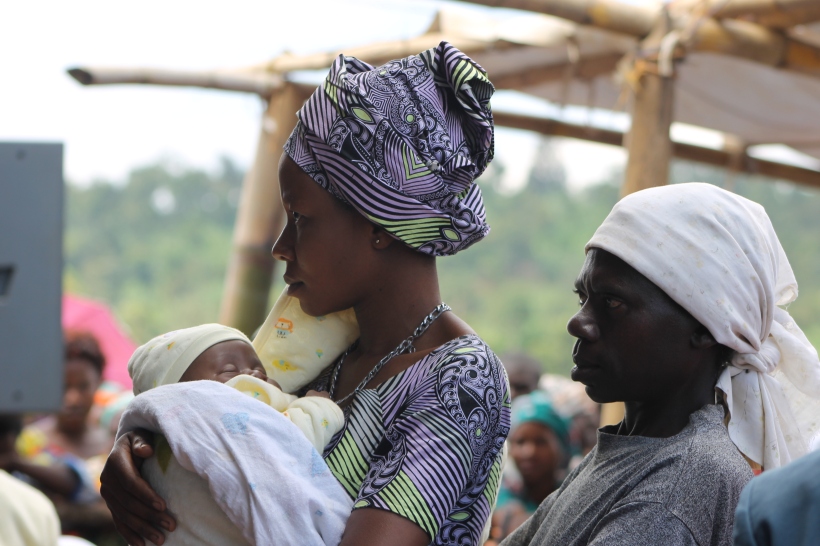 It had been seventeen years since she first asked Father Ubald to pray for her to have a child. Seventeen years since she had offered herself to Our Lady of Love, and asked for her to pray for her healing. Year by year, her hope began to fade. After ten years, she stopped going to church. After fifteen, she had resigned herself to the fact that she would never be a mother.

And then it happened. The stirrings began. And a child was born. She had not been forgotten, though she had tried to forget. She came forward at the healing service at the Center, and asked for forgiveness for having doubted. The small, sleeping  bundle in her arms made Father Ubald’s eyes light with joy. “Thank you, Jesus.”

As the interpreter whispered this young woman’s story in my ear, I was deeply moved. I remembered the stories that had been sent to me while we were putting the book together — we needed only enough for a chapter, but could have had enough for a book. Each of those stories was a sign of God’s love, just as this tiny child had been. God has not forgotten the people of Rwanda, those who cry out for justice. “From all their distress he rescues them.” And when he does, they come to the Center to tell what God has done.

What has God done for you? Have you shared your story? Will you share the blessing? If you would like to help Father Ubald continue this important ministry all over the world, please make your donation here. No gift is too small. Each gift is an answered prayer.

Heidi Hess Saxton is Father Ubald’s editor at Ave Maria Press. Father Ubald’s book, Forgiveness Makes You Free will be released in April 2019. You can read more of Heidi’s writing on her blog “Life on the Road Less Traveled.”